The pitfalls of a character named Jesus. 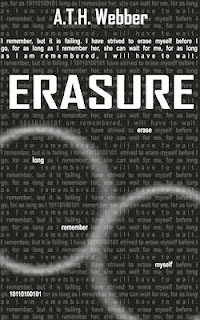 "So, what did you do to Erasure?"
"Which character had their name changed?"
Two of the questions I've been fielding over the last couple of days -- mostly arriving as part of the congratulations messages (messages that I remain completely humbled by, for the record).
What did I do? A lot, but nothing that in any way alters the structure or message that the original Erasure was based on.
Mostly, the changes have been about clarifying some of the components that were a little murky. The most obvious of which can be found in the prelude, which has been totally redone. The rest is just some subtle but important editing to tidy things up and aid the flow of the book.
The name change? Fans might not be at all surprised... Jesus is no longer Jesus.
Why?
Because, four years on, I recognize that "Jesus" is a divisive name, despite there being literally no attempt to try at creating subtext or hidden message.

Read more »
Posted by ATH Webber No comments: Links to this post