Americans, they are all just so...AMERICAN. 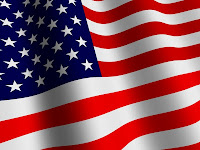 We are fresh back from a trip to the states, a trip that we had talked about for a very long time (10 years is a long time to be planning an event, by any measure) and now, all too soon, it is over.

We got remarried in Vegas, saw some nice stuff, spoke to people about my book, and was heartened as to how well it was received.

I won’t bang on with the whole itinerary, but just know that in the 3.5 weeks we were there we saw a sizable chunk of the country.

Not all of it.

Not most of it.

Thought I’d clarify that in case any of my US fans felt the need to weigh in with assertions that one CAN’T see all of America in 3.5 weeks.

I agree, hence keeping my estimate at “A sizable chunk”.

Enough of the geographical semantics. I’ll get to the point.

I loved America. Unashamedly. Without agenda. LOVED our time in the states. (Or at least the ones we saw)

Like it or not the American culture has been beamed through to us for years – from the Flintstones to the Fresh Prince, as far as the Wire, and side orders of Grey’s Anatomy.

For as long as I can remember I’ve been inundated, so going there had a familiar feel to it.

What I didn’t expect was to love the place.

“Americans, they’re all just  so… American.”

Yes, yes they are.

It is pretty easy to swing a bat at America and its citizens. Primarily due to the concept of inundation mentioned above.

We feel like we know them, understand them somehow.

It’s akin to peeking into a family photo album every day – squinting at bunch of second cousins who live in another part of the world, all of whom you never see.

Still, intellectually, you feel related, and as a result feel the right to pass judgement on their lives…

…even without setting foot in their house, or even (in many cases) having actually met them.

I’ve met with some resistance previously when bold enough to say “All the Americans I have met have been pretty nice, on balance.”

Generally the response – often fuelled by beer/chardonnay and delivered with a desire to pump up the home country of the speaker to the detriment of the States -  would be something along the lines of: “Yes, but all the Americans you have met have been outside America, they’ve travelled. They KNOW what they perceived to be.”

A comment I couldn’t ever get a handle on.

I am very big on processing real experience, rather than reprocessing the experience of others,and, as mentioned, my experience with American folk has been a pretty positive one, generally.

Sure, I have met some dick-heads, but that is just the law of averages. Meet enough people and you are certainly going to find some that you don’t click with, and some you will outright dislike.

Dick-headedness, though, isn’t confined to the States. My own countrymen and women have a pretty good handle on the ways and means of phallic-skulled behaviour – whether they are travelling or at home.
Again, not all. Just some.

The same could be said for any country/continent/planet (although the absence of data from extra-terrestrial folk leaves the last part of the example open to scrutiny.)

Me? I prefer to generalise in the positive.

Everywhere we went we were met with open arms and a real desire to get to know us, and help us with information about what we might like to do next while visiting the state/town/street/coffee-shop we found ourselves in.

Complete strangers would ask us how we were, and were interested in the response.

People were happy to pass time with a couple of strangers they would likely never see again, and yet their time wasn't so precious that they couldn't share some with us.

There is an honesty, at a personal level, from the Americans that we met that was refreshing, and uplifting, and one I will gladly get up and argue about the next time I find myself at a dinner party with someone about to launch into the “Trouble with Americans is…” tirade.

The trouble with America is not politics, nor religion, nor guns, it is that people grab a sound bite and run with it. 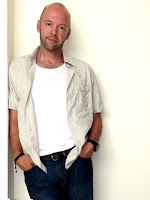 Andrew's award-winning novel, "Erasure" is available in eReader and Paperpack formats through Amazon.com.

See side bar for details, or search "Webber Erasure" in your preferred Amazon store.